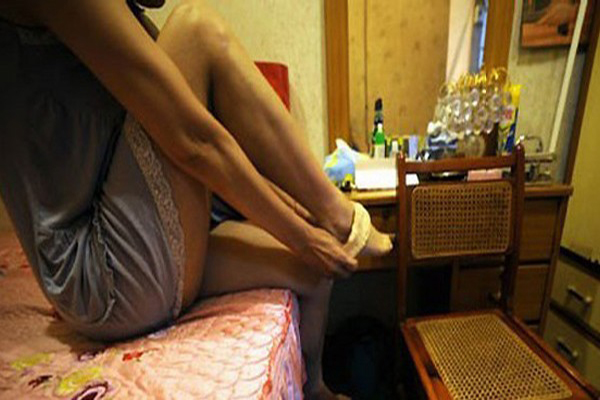 Imagine a woman: she’s young, a college student, double majoring, worked since her first semester, and on multiple school organization executive boards. Overall, she’s a hard, determined worker. What would you think of this person? Would you say she’s respectable? Would you think that she’s a good person and has worth? Imagine another woman who works as a cam girl. Men pay to talk to her online. Sometimes that might involve sex talk. What would you say about her? That she has no self-respect? Would you even shame her for her choice of occupation? What if I told you that the first girl, the student, and the second girl, the cam girl, were one in the same? This is my reality. I am a college student that has goals and aspirations, and at the same time, I go online and speak to guys who pay me to talk to them. I became a cam girl over a year ago because of an unexpected family emergency; I decided it was the best way to be financially independent. Before I became a cam girl, I never thought it was something I would do. I thought it was degrading. Yet I met someone my second year in college, and she was completely open about it. I was curious and asked her questions. It wasn’t until I finally started that I realized that it wasn’t what I thought it would be like. Of course, the work is partly sexual. Men are paying to see me get naked on camera or they want seductive photographs of me. Yes, of course some men just want me as a commodity; it’s a mutually beneficial exchange and that’s all. But with others, it’s not about sex or lust. Some of the best people I’ve met while camming have been men that just want a connection with someone. Some men don’t even want to see me naked. Crazy, right? I talk to these men about politics, philosophy, music, movies and everything in between. These men ask about my life, ask how school is going. Some listen to my problems. But there’s an issue with this lifestyle. I can’t really tell people. The same reason I’m writing this anonymously is the same reason why I go by a pseudonym and why I’ve blocked my state, all bordering states, and any state or foreign country that I know people in from my site. I don’t want to have to explain myself. I don’t feel shameful for what I do, but society tells me I should. Society tells me that my worth is with my body and what I do with it. Apparently people believe that getting naked means you have no self respect and therefore you deserve no respect. Yet, I promise you, I love myself. If I didn’t love my body or myself I wouldn’t be doing this. It’s sad that society sees women like this. I’m a college student; if you met me you’d probably think that I’m independent, determined, hard working. Yet if you knew that I spent some nights online talking to men, all those traits would go out the window. Why? Because I get naked? Is that really all that matters? I’m a cam girl and I have self-respect and value. Society shouldn’t shame or dictate what I do with my body. Why is something that I find so empowering and liberating something that would shatter anyone’s positive views of me? Source: Thoughtson Liberty