Number of webcam models 'on the rise'
By: Duncan Crawford September 14, 2009 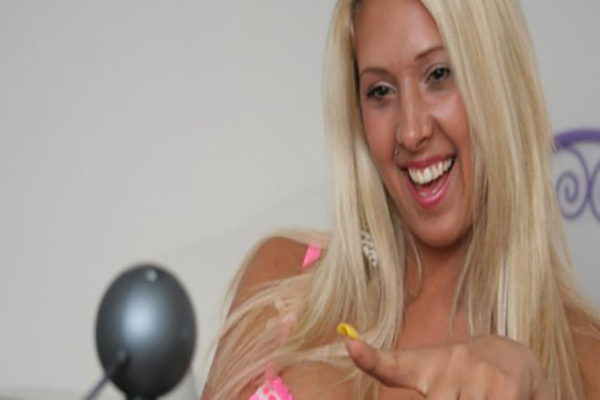 A Newsbeat investigation's found a rising number of British women are working as webcam models on the internet. Market analysts say the overall webcam market is now worth more than a billion pounds, with online sex shows a big part of it. Industry insiders say there's been a rise in applications, partly fuelled by the recession, with hundreds of British women signing up to UK websites each month, many more internationally. They appear live on webcams that can be accessed on computers around the world. Men usually pay premium rates for the privilege. Twenty-three-year-old Lauren's been working as a webcam model for a few months. She works with a few other girls in a basement of a semi-detached house that's been converted into a studio. It's been furnished to look like two different rooms. On one side there's a bed, on the other a sofa. The girls wear fancy underwear and headsets to talk to punters on the webcams. Lauren told Newsbeat she can make up to �30 per hour with bonuses. "You can imagine, it is talking dirty. You know, if they ask me to take my top off, I will do." Big demand It's a secretive international industry. Women can work from anywhere in the world, posing naked and talking explicitly about sex. Market analysts say overall the webcam market grew from around �730m in 2006 to �1.1bn in 2008. It's predicted to almost double in worth again by 2015, with pornographic webcam sites driving much of that growth. They say it's more hidden from analysts than other segments, but is a "lively" part of the market. The most popular site is huge in size, claiming to have around 27,000 webcam models and 17 million members, with around 12,000 new sign-ups each day. Brodie Fry set up one of the websites. He told Newsbeat the recession has contributed to more women working as webcam models. "A lot of women in this sort of economic downturn will move into the adult industry. "This is a safe alternative to becoming an escort or an adult model. There's total anonymity. Of course, the operators don't use their real names. One site told Newsbeat in the last year it's put an extra 42 British women on average a month on its books. Richard Smallbone recently set his own webcam site. He told Newsbeat up to 150 British women are signing up to UK sites a month, with many more joining international sites. He said: "We started off with 12 profiles and there would be one girl working during the day. "Eighteen months down the line, we now have 80 different profiles, anything up to 16 girls working during the day." 'Enormous pressure' But there are concerns. Campaigners say webcam girls could be pressurised into doing things they're not comfortable with. Anna van Heeswijk's from Object, which campaigns against the sexual exploitation of women, said the industry needs to be better regulated. "It is the man who decides which women he wants to choose, depending on what she looks like and how she's willing to behave sexually. "This puts enormous pressure on women within the industry to perform more and more extreme versions of pornography in order to attract men, in order to make a living." Lauren has no such worries. She said her priority is her three-year-old daughter and insists she's not being exploited. "A lot of my friends are working in clothes shops and stuff, they've got no money. "I could do two shifts in a week and I'm still earning more money than what they are and I get to spend all day, every day, with my little girl. "I wouldn't want to be at work all day and have her in nursery. I wouldn't be able to see her." It's not only on the internet where webcam models are becoming more popular. Juniper Research anticipates that revenues from mobile adult services will rise from �1.3 bn in 2008 to �2.9bn by 2013 - part of that growth is from webcams on mobiles. Source: BBC